David brophy: the road to recovery

David Brophy has just embarked on his first training camp in over ten months. It can be a daunting time for fighters as they contemplate the weeks of physical and mental pain ahead. But Brophy looks focused as he winds down his morning session to speak with us.

We meet the 28 year old at Billy Nelson’s gym in Airdrie, around 12 miles east of Glasgow. Nelson, one of Scotland’s most successful ever coaches, has guided Brophy since he turned professional in 2011. As Nelson finishes a session with a young fighter, he and Brophy trade brutal insults, the type so close to the bone that only the fiercest enemies or closest friends can share, offering a glimpse into the bond between the two men. Like all good gyms, there’s a mix of humour and hard graft. And, behind the jokes, you get the feeling that Brophy is as serious and committed as he’s ever been in his career.

Brophy explains: “It’s been a terrible 10 months, if I’m being honest. Life has been hard without boxing. This is all I know in life and so my mood has been low not knowing for certain if I could box again after my injury. You start to get stuck in a rut without it.”

“I had been having issues with my left eye for a long time. It was fine during fights and spars but at night it would give me problems. Double, triple vision sometimes and it just got gradually worse over the years. I was sent to a specialist and they ended up removing the eye and operating on the muscles behind it. Thankfully it went well and I’ve got the all clear.” 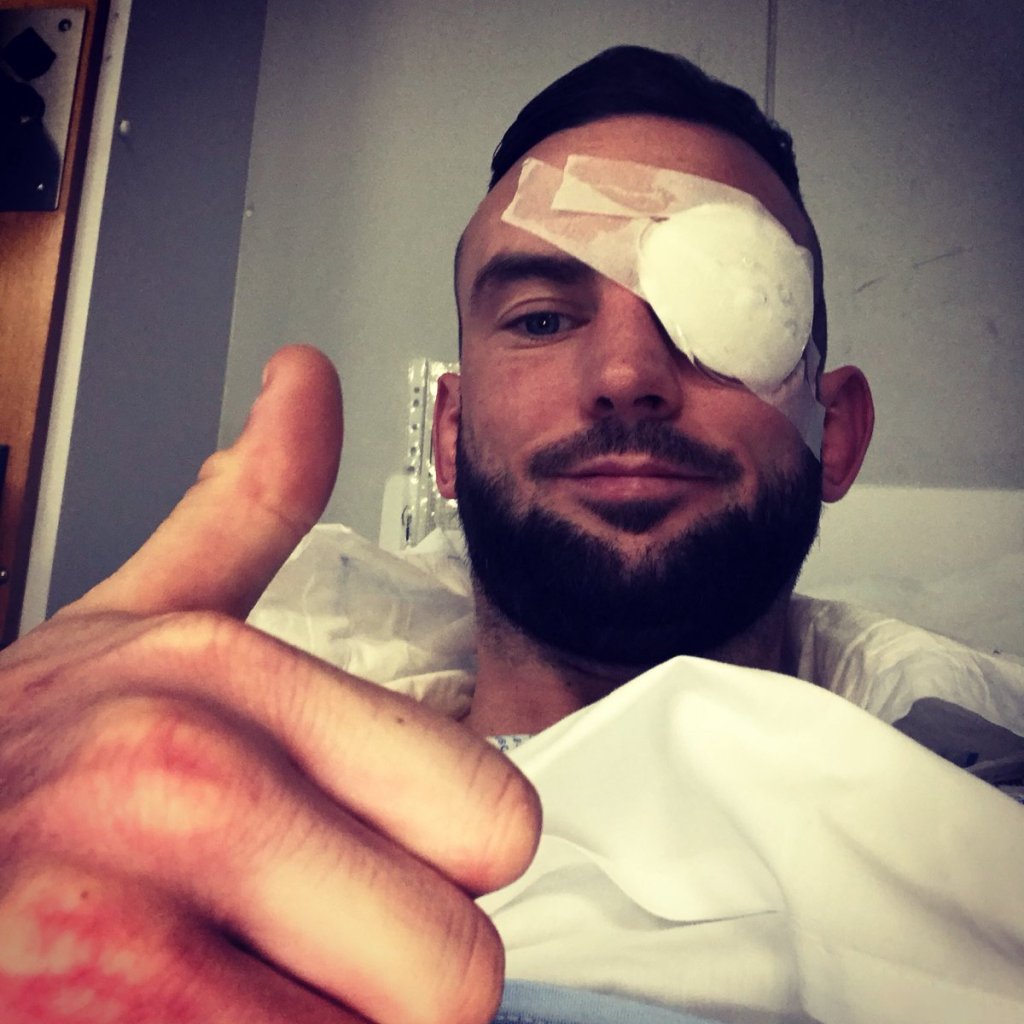 It’s not only physical injury that Brophy is recovering from. His last fight was a first round stoppage loss to Liverpool’s Rocky Fielding. The result itself was not shocking; it was a competitive fight on paper that both men fancied. But the manner of defeat – a quick, punishing technical knockout live on Sky Sports – was mentally devastating. Months of preparation, hopes of holding two major belts, and pride, one of our most primitive but dominant emotions, obliterated within minutes. David reflected:

“It was a really, really sore one. The George Groves loss, I suppose, was more expected. I’ll never turn down a fight, I don’t care about unbeaten records, I’m here to provide for my family, and it was all great experience. But the Fielding fight really hurt.”

“He caught me early and it was a sickener. I never seen it and just couldn’t recover. There’s not a night I go to bed and don’t think about it, and not a morning I wake up and don’t think about it. It will be with me forever. But I’m actually glad it hurts, it shows you care, so if it didn’t that would be a problem. I’m ready to get back in the ring now, build up to 12 round fights and win more titles.”

You wouldn’t bet against him. Brophy has one of those rare personalities in that he is a genuinely decent man, friendly and accommodating, but there’s a real grit and determined core. That’s been evident throughout his career and, indeed, life. David started boxing at the age of 11, pushed to the gym by family to address behavioural issues. As mates were getting into trouble with the law, he was acquiring discipline and other life skills that boxing teaches.

Yet, despite his promise as a fighter, Brophy wanted to impress his peers and decided to take up football. Just as his career was taking off, and he signed a professional contract with Dundee United, he suffered a horrific leg break. A further blood clot shattered any aspirations to return to the pitch.

“I probably shouldn’t have made the move to football. I was never that good but I was at the age that I wanted to impress mates and girls at high school. I had just signed as a pro and had a serious leg break and blood clot. I went into the operation not knowing if I’d wake up with the leg! I then tried to play again at a lower level to get the demons away, but it was no good. So I joined a local boxing club and after a few senior fights met Billy and turned professional.” 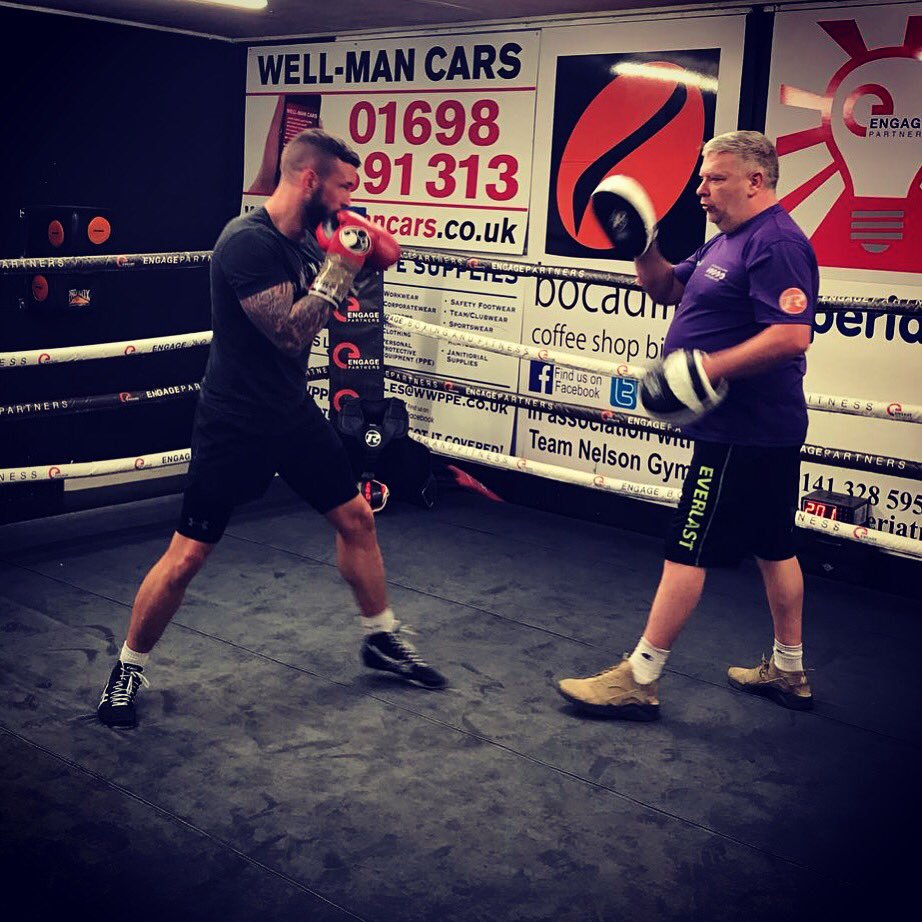 “I’ve been with Billy about six or seven years now, he had a lot of work to do with me, because of those years away from boxing. He’s done a lot for me in and out the ring, he’s like a father figure, just a really ugly one.”

“I’ve also learnt a lot from guys like Ricky Burns. Me and Ricky were good friends and he taught me about fitness and discipline. There was Stephen Simmons and John Simpson, too. You’ve got to soak up their success and experience and learn from it.”

Our chat with Brophy is natural and conversation meanders through various subjects, but a common theme emerges, which is his irrepressible ability to respond to crises. From footballing leg-break to successful boxer; from losing to George Groves on Sky television to travelling to Australia and winning the commonwealth title; Brophy’s resilience, attitude and commitment cannot be questioned.

But there’s a feeling his boxing abilities may be underestimated. Brophy’s victory in Australia – in which he battered the local hero, smashing his opponent’s body and stopping him to capture the title – is one of the most impressive, and underappreciated, away victories in recent Scottish boxing history. He should have returned to greater celebration and respect. There’s not a hint of bitterness about it, or the hard times in his career, but Brophy speaks openly about the experience.

“I feel British fighters don’t always get the exposure they deserve. I went over to Australia and beat their man who was touted as the next big thing. I was then top ten in three world sanctioning bodies, but still didn’t get much coverage.”

“But the overall experience in Australia was brilliant. I was in a community gym, just a wee ring and a treadmill, and that’s the way I like it. The atmosphere was a bit hostile on the night but I don’t hear a word when I’m in the ring. I was there purely for business and nothing could faze me. I knew I had the fight won before the bell. Just as we touched gloves, I could tell.” 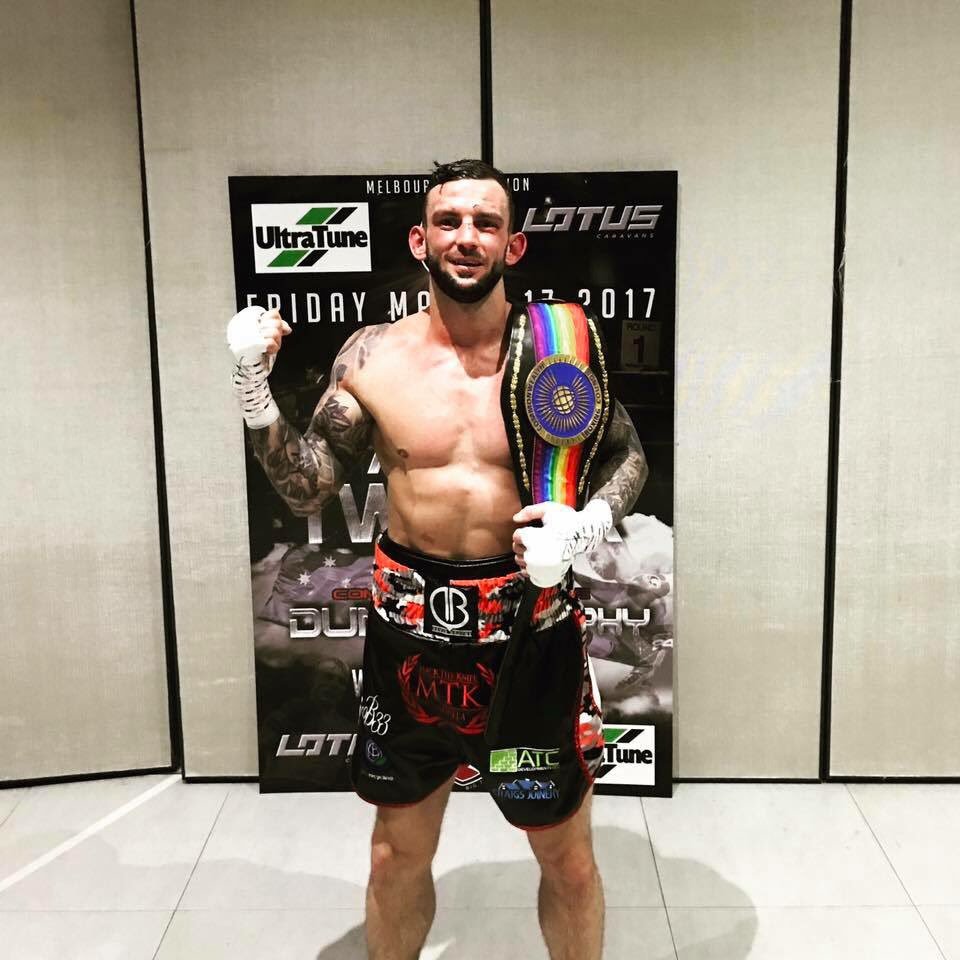 “It would have been good to get more coverage but that’s life. Scottish fighters never have it easy. And I suppose I’m to blame as well. I could do more to promote myself, but you’ll never see me on social media calling people out or being a prick. I believe in a fighter’s code about honesty and respect, and I’ve built a loyal fanbase doing that and I’m happy.”

Brophy and Nelson are now contemplating dropping down to middleweight if, he stresses, it can be done safely. The dangers of losing weight rapidly were in the spotlight earlier this month as Danny O’Connor was rushed to hospital with severe dehydration, shattering his world title challenge. But Brophy is a natural athlete and with the guidance of his trainer could launch a serious assault on the division.

The Caldercruix man is set to return to the ring on August 24 as MTK Global put on their first show at Glasgow’s Emirates Arena. It’s an important event for Scottish boxing. The scene is experiencing something of a revival with Josh Taylor, Lee McGregor, Charlie Flynn and a host of other aspiring fighters. And now is the time for Brophy to re-join – assume a leading role, even – in that ascendancy with the backing of MTK and Box Nation.

“I’ve just started working with Danny Vaughan, he’s my manager now. I’ve known Danny for a long time and have a good relationship with him. He’s pushing for big events in Scotland and it won’t be long before we have world title fights up here with MTK and Box Nation. It’s a great opportunity for exposure now that Box Nation will be televising our fights.”

“Now that I have a date it changes my whole perspective. No more waiting around or having the odd drink with friends. It’s eating pristine, sleeping better, and treating boxing like a religion. I’m going to take this chance. This is do or die for me”.

You can get tickets to see Brophy’s road to recovery by contacting the fighter directly @David_Brophy on Twitter. And, of course, you can see the event live on Box Nation.