Not many boxers headline the show on their professional debut. For most, the first encounter in the ring as a pro is a daunting experience where fighters battle their nerves and instincts as much as their opponent. We’ve seen many competitors throw away their pre-match plans and buckle under the pressure of the bright lights and buoyant crowds. But that wasn’t the case for North Lanarkshire’s Jamie ‘Ginnie’ McGinnis who looked extremely comfortable in his first contest at On The Ropes’ ‘Unleashed’ show back in March. 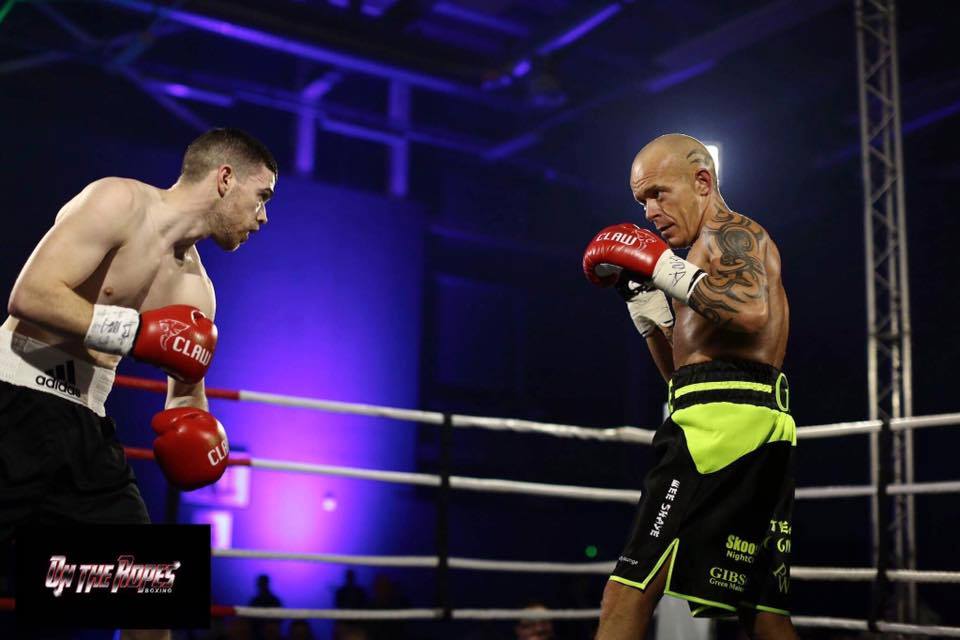 That is, of course, because McGinnis was no ordinary debutant. He is a former British, European and World kickboxing champion with many years experience in the fight game. McGinnis has fought across the world, defeated opponents of all ages and sizes, and brought major titles back to his hometown of New Stevenson.

After suffering a gruesome knee injury in 2013 – which would have signalled the end of many careers – fans could have had no complaints if Ginnie walked away from fighting and concentrated on other ventures. He owns a kickboxing gym – Elite Kickboxing and Fitness Gym in Carfin – and is passionate about bringing discipline, skill and fun to the lives of kids in his community.

But there is still a burning desire to fight within McGinnis and he has committed himself to becoming a force within boxing in Scotland. And it’s been so far, so good as he quickly dispatched his first adversary, Thomas Murray, in impressive style. Ginnie showed absolute composure as he alluded some tricky shots from Murray before ruthlessly stopping him in the opening round of the evening’s main event. 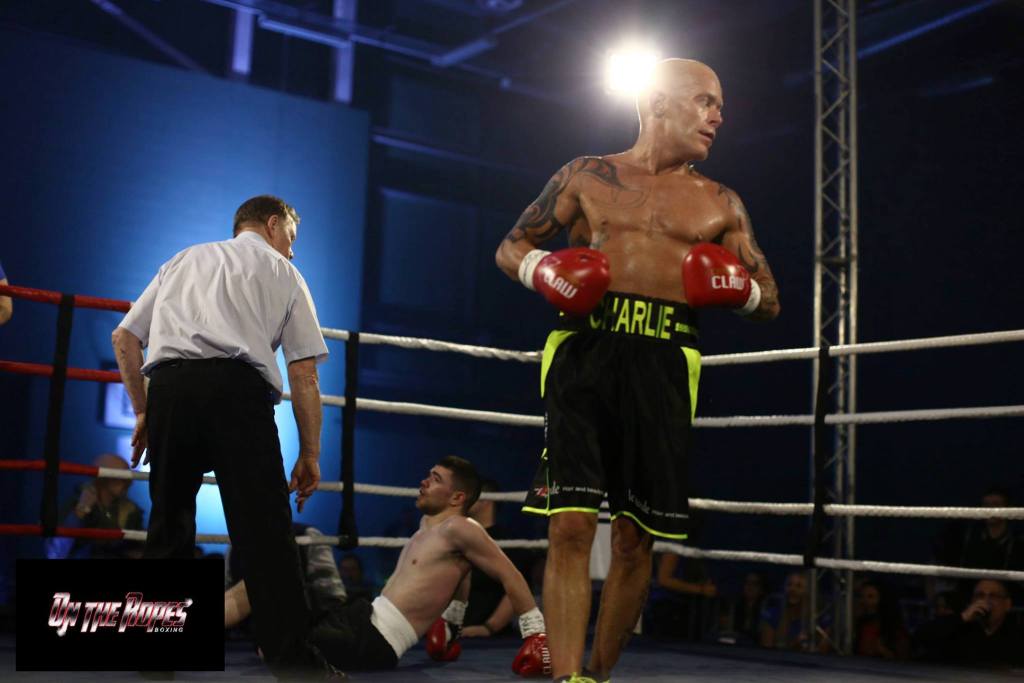 There is no guarantee that fighters who switch from one combat sport to another will be successful. There are occasions where skills simply don’t transfer or need sometime to develop. It’s taken, for example, a number of years for former kickboxer Dillian Whyte to look truly comfortable in the boxing ring, and UFC star Conor McGregor is likely to find out the hard way that a martial arts pedigree can be useless in boxing when he faces Floyd Mayweather later in the year.

Yet, all the early signs seem to indicate that McGinnis will make a comfortable transition to the sport. He trains relentlessly, has experience of major fights and has over the years developed the maturity to control his aggression and finish his opponents. We expect an exciting journey ahead for Ginnie and encourage fans to see him in action against Manchester’s Paul Peers at Hell or High Water on June 10th