George Groves and Callum Smith’s World Boxing Super Series final should be one of the most celebrated domestic matches of the year. The decade, even, given the right promotion and context. Groves’ tough, experienced and fully developed skillset against a rangey, promising Smith for super middleweight supremacy. It should be a mega fight.

Has Groves recovered from his injury sufficiently? Will he retain the authority, maturity and momentum that’s developed since becoming champion? Has Smith been overly cautious in his quarter and semi final performances, holding back for the top prize? He has, after all, waited for his world title shot for several years now. Or is he just not good enough at the highest level? All questions that we should be getting excited about. But, for many of us, we’re not. The fight is becoming an after thought; not quite an inconvenience, but dispensable; a forgettable addition to a cluttered season. 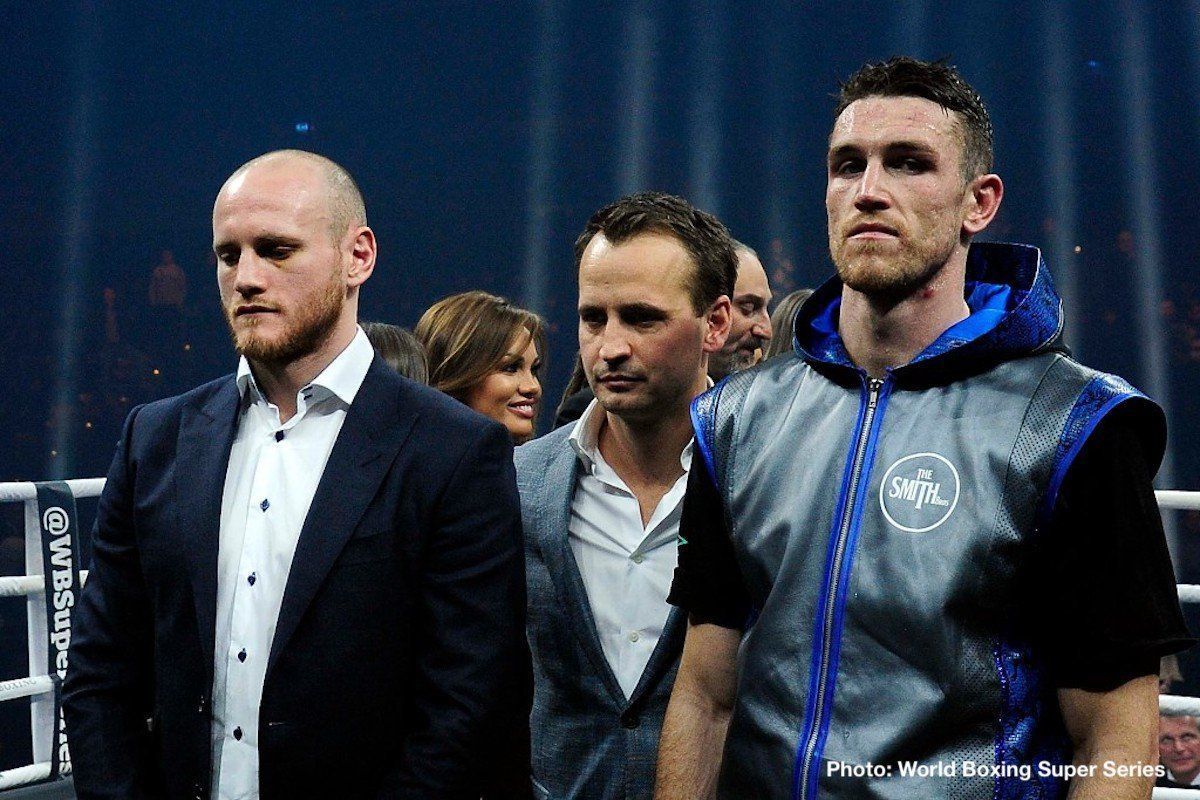 The saturation of the pay-per-view market has not helped. The introduction of BT and ITV into the scene dominated by Sky has brought competition but also over exposure. Economic crises are defined by overproduction, a system that produces too much for people to consume. And fans will feel, and may be starting to feel, that the allure of some events is reduced as they struggle to justify paying significant sums of money. There may be close to ten pay-per-view fights by Christmas – a period that’s already financially challenging.

The delays in arranging the final also diminished the momentum built by the previously exciting rounds. The competition was refreshing and honest – fighters of different cultures and backgrounds fought in a knockout format, and quality was key. But it relied on continuity to retain our attention. The promotional companies and television networks who were not involved, surprised by its success, pounced on the opportunity to undermine the competition as months of indecision rolled by. Groves’ shoulder injury was a major factor in the delay, but at an operational level, there was considerable debate on where the final should be staged.

Rumours circulated that fighters were paid higher than the competition could recoup at market, through television sales and gate prices, and so the final had to be as lucrative as possible. The original feeling of honesty – of an old fashioned, fan pleasing knock out festival, made in the spirit of competition – was replaced with empty profit seeking.

The decision to stage the final in Saudi Arabia was a corporate one. It doesn’t take a professor to see that. But as it’s unlikely to be a one-off – and more likely to be the opening of a new lucrative market to be visited and exploited again – it’s a dangerous precedent.

Boxing, like all sports and wider society, operates under capitalist economics. We can’t legitimately claim that boxing has ethical or moral purity. It’s been a business trading in scandal and exploitation for generations. But it has had a connection to the people. Fans mattered. There were traditions. Some of the people involved at different levels had authenticity.

The hosting of a final involving two British fighters in a country thousands of miles away, with no connection to the participants, and no culture of – or tangible interest in – boxing is a new low. It’s beyond the normal prioritisation of finance over supporters. It’s the severing of tradition that will see boxers fighting across the world for the entertainment of the ultra-rich. Oligarchs and despots sampling boxing as personal entertainment with little regard to the integrity of the sport, or at least what’s left of it.

There has been the occasional opinion piece or twitter rant about the location of the final, but generally a sad acceptance that money trumps justice has prevailed. But, in a wider sense, there is a troubling silence about the nature of the host country, and it’s legitimacy to hold any international event. Whilst there are entire careers and industries built on criticism of Russia and other enemies of the United States and western Europe, there is no meaningful protest against the financial, cultural and sporting exchange with Saudi Arabia, our ally. A nation only in name – more of a playground for the super wealthy in theological disguise. Domestically, citizens, particularly women and migrants, are oppressed. Internationally, the people of Yemen are massacred in the tens of thousands, and extremists are trained and funded to unleash terror in Syria, neighbouring countries and increasingly Europe.

The final will pass by without controversy. It may even be a great spectacle that restores faith in the competition. But it’s also a dangerous entry into new landscapes, physically and symbolically, in which the sport’s principles and decency, if currently questionable, are completely disregarded for profit. This fight deserved so much more.