Kash farooq: a reluctant star in the making 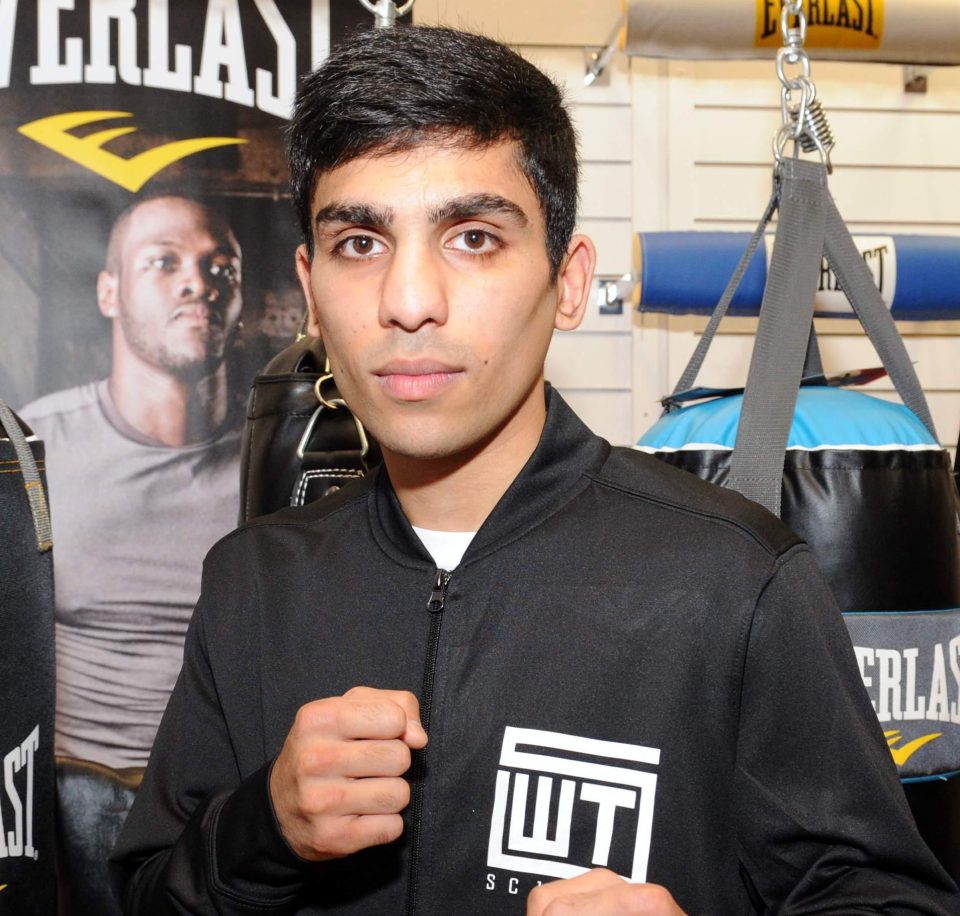 Ukashir Farooq – better known as Kash – is one of Scotland’s most promising and naturally gifted boxers. He’s overwhelmed all of his nine opponents so far with exceptional speed, variety and tenacity. The Pakistan-born Glaswegian has that formidable combination of skill and temperament that may see him rise to the top of the sport. But you won’t hear that from him.

Farooq, 22, is also one of the game’s most down-to-earth and humble. There is no scandalous behaviour, obligatory call-outs of bigger names, or social media notoriety. Hell, there’s not even a Twitter account.

That may be to the detriment of most fighters. In 2018’s saturated market, aspiring boxers have to master the art of self-promotion and carve a distinct identity – real or imagined – to capture public attention. Ohara Davies, for example, has achieved commercial success far greater than his ability alone would command. But there are a few characters, increasingly rare in the sport, that are able to simply let their ability do the talking.

The talent is clear, the rejection of modern trivialities is endearing and – beneath the surface – there is a fascinating story. That’s what we discovered when we spoke with Farooq as he prepares to take on fellow Scot, Jamie Wilson, for the British bantamweight title on September 27.

From Pakistan to Scotland

Glasgow has a well-established Pakistani community. People settled in the city after the war, forming vibrant neighbourhoods south of the River Clyde. Glasgow’s first mosque was built in 1944 to serve the new population, which had grown to over ten thousand by the seventies.

The community is now in its fourth generation and, once mainly settled in the south side tenements of Pollokshields and Govanhill, has extended to wealthy suburbs across the west of Scotland. This is indicative of its success. There’s evidence to suggest that Scots-Pakistanis feel a greater sense of integration and belonging than those who settled in England. There has also been increasing levels of economic, political and social inclusion in Scottish life.

That optimistic summary will not be recognised by all Scots-Pakistanis, of course, and many will have encountered racism. And it certainly won’t be shared by all new migrants – first generation Pakistanis who moved to Glasgow over the last decade or so, who have an entirely different, more fraught, experience.

In the early 2000s, Glasgow reached an agreement with the UK government to provide housing for people fleeing war, violence and persecution from around the world. However, in a fatally flawed plan, communities did not form naturally, and instead families were allocated housing in deprived parts of the city with little previous experience of migration. Ignorance, rumour and perceived competition for scarce resources produced racial tensions, sometimes with tragic consequences.

A young Kurdish man who had escaped torture in a Turkish prison was murdered in an unprovoked attack on a Glasgow street. A community spokesman said at the time that a murder was ‘waiting to happen’ after disastrous planning had shocked the city. It was in this context – one of high-rise poverty, suspicion and fear – that a young Farooq and his family moved to Glasgow.

The Farooq family lived in an almost exclusively white housing scheme in the north west of the city. Kash recalled: ‘Aye, we experienced racism growing up. It’s hard when you’re the only Asian family around, you stand out. We got called every name you can think of, and not just by kids but adults as well. It affected all my family and there were some tough times.’

The teenager needed an outlet to express his frustrations, grow as a young man and form new relationships. He found it in an unlikely place: ‘I went along to the local boxing gym with a friend. I punched the bags for a while and headed to the exit. I wasn’t going to go back, but the coach grabbed me and told me to come to training.’

‘I’m from a working class Pakistani family. None of us boxed, we just work and keep ourselves to ourselves, that’s how we are. So it was a shock when he asked me back and I started to get into it, he must have seen something in me.’

Farooq went on to have 49 amateur contests, winning 38 and representing Scotland several times. He turned professional in 2015 but, despite winning his bouts, contemplated leaving the sport as opportunities appeared thin. But, unexpectedly, his profile rocketed in 2017.

STV – the sister station of ITV in Scotland – had invested in Scottish boxing in early 2017 and provided live coverage of selected fights. Not only were the events broadcasted live but pre-fight activities, such as weigh-ins, also received media attention. Top of the bill was Scottish champion, Scott Allan, a muscular, tattooed and confident fighter. He had all the ingredients of a modern boxer that could, even if just locally, achieve some crossover success.

He swaggered towards his opponent at the weigh-in, trash talking and insulting the young-looking Ukashir Farooq. As Allan performed to the cameras, Farooq in contrast, looked meek and uncomfortable. The beating was inevitable; surely, the well-built showman would demolish the vulnerable unknown in the opposite corner. 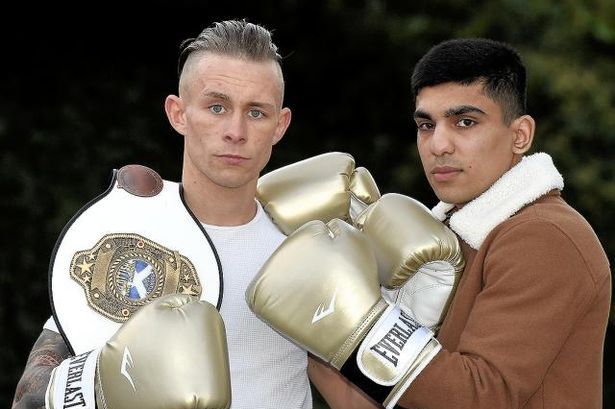 But that could not have been further from the truth. Farooq was devastating on the night, shocking viewers with superior speed, timing and footwork. He won a clear points decision over ten rounds and abruptly announced himself on the Scottish boxing scene.

The Allan victory was repeated in even more convincing fashion later in the year. Farooq humbled him once again in the rematch, dominating and stopping him in the eighth. There’s no ill-feeling towards Allan, he’s a competent fighter and the sport, particularly in Scotland, needs charismatic figures. But these were victories for the good guy, the hard-working quiet man amongst the surrounding circus.

Boxing is a sport so commodified that every story, narrative and virtue is packaged and sold to the public. Anthony Joshua’s apparent humility has become a brand worth tens of millions of pounds. It may well be real, but it’s also an image crafted by chief executives and public relations advisors to sell to the consuming public. There appears, at least to us, to be a genuine modesty and decency within Farooq. He is authentic.

And his understated approach and hard work saw him graft to mandatory challenger position for the British bantamweight title. The fight was originally scheduled for back in the spring against Barnsley’s Josh Wale. But Wale, the champion, injured his leg in training and so the contest was pushed back several months. And then some more. Finally it was announced that Wale would instead be fighting in a world-title eliminator elsewhere, leaving the belt vacant, to be fought between Farooq and Dundonian Jamie Wilson.

It was undoubtedly a trying period as the best part of the year drifted away. But Farooq has remained positive, busy in the gym and improved his record in an interim fight. He explained:

‘We had a great training camp [back in the spring] and I was feeling fit and doing some quality sparring. I did some rounds with Ryan Burnett who is a world champion and my trainer felt I held my own. It was great experience.’

‘It was frustrating with all the delays but I’ve just kept my head down, kept busy and I’ve been training really hard.’

‘I’ve not really stopped since January. I’m ready, I’m looking forward to it and I expect my hand to be raised.’ 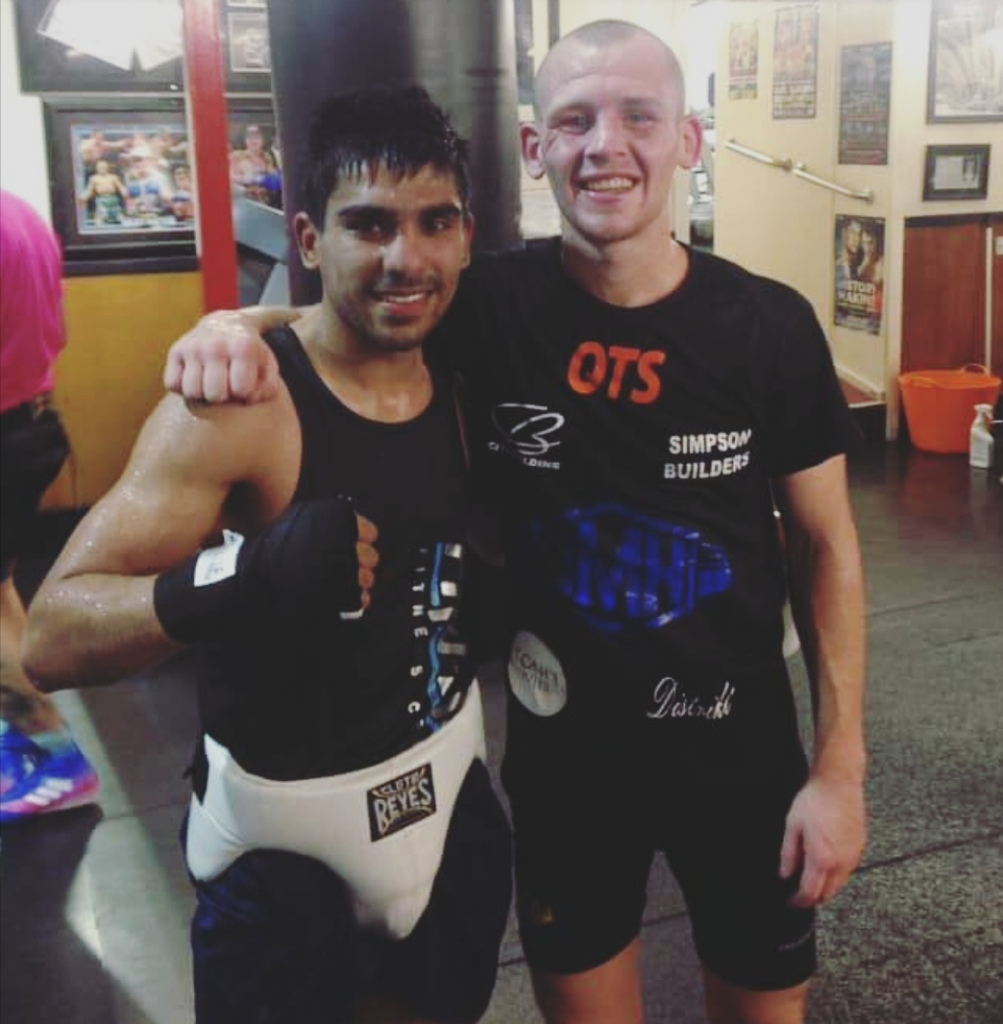 When asked about the future, and aspirations of moving beyond British to European level or beyond, Farooq quickly shoots us down: ‘No, I don’t look past my opponent. I take every fight as it comes. Boxing is a dangerous sport; any fight can be your last so it’s foolish to plan too far ahead. I’m working hard and focused on becoming British champion. My family thought this was just a hobby and so I just enjoy making them proud.’

Farooq is used to being the underdog in life but his quiet nature hides devastating talent. His perseverance has demanded respect, and he now has the opportunity to win a major title and push on to future glory. We wish him well; few people in the game deserve it more.