Kieran ‘Chopper’ Smith improved his record to 10-0 after an impressive points victory over Bradley Pryce at Paisley’s Lagoon Centre on Saturday, June 3rd. In an entertaining main event, Smith dominated from the opening bell and had immediate success with his jab and shots to the body. Pryce fought bravely throughout and had some limited success in bursts, but was comprehensively out-boxed and hurt by Smith’s quick hand-speed and shot variety. It was a bloody affair by the mid-rounds as Smith continued to penetrate Pryce’s guard and land at will – causing bleeding to the nose and eye of the Welshman. It’s credit to Pryce’s bravery that he heard the final bell as many would have succumbed to the relentless pressure. 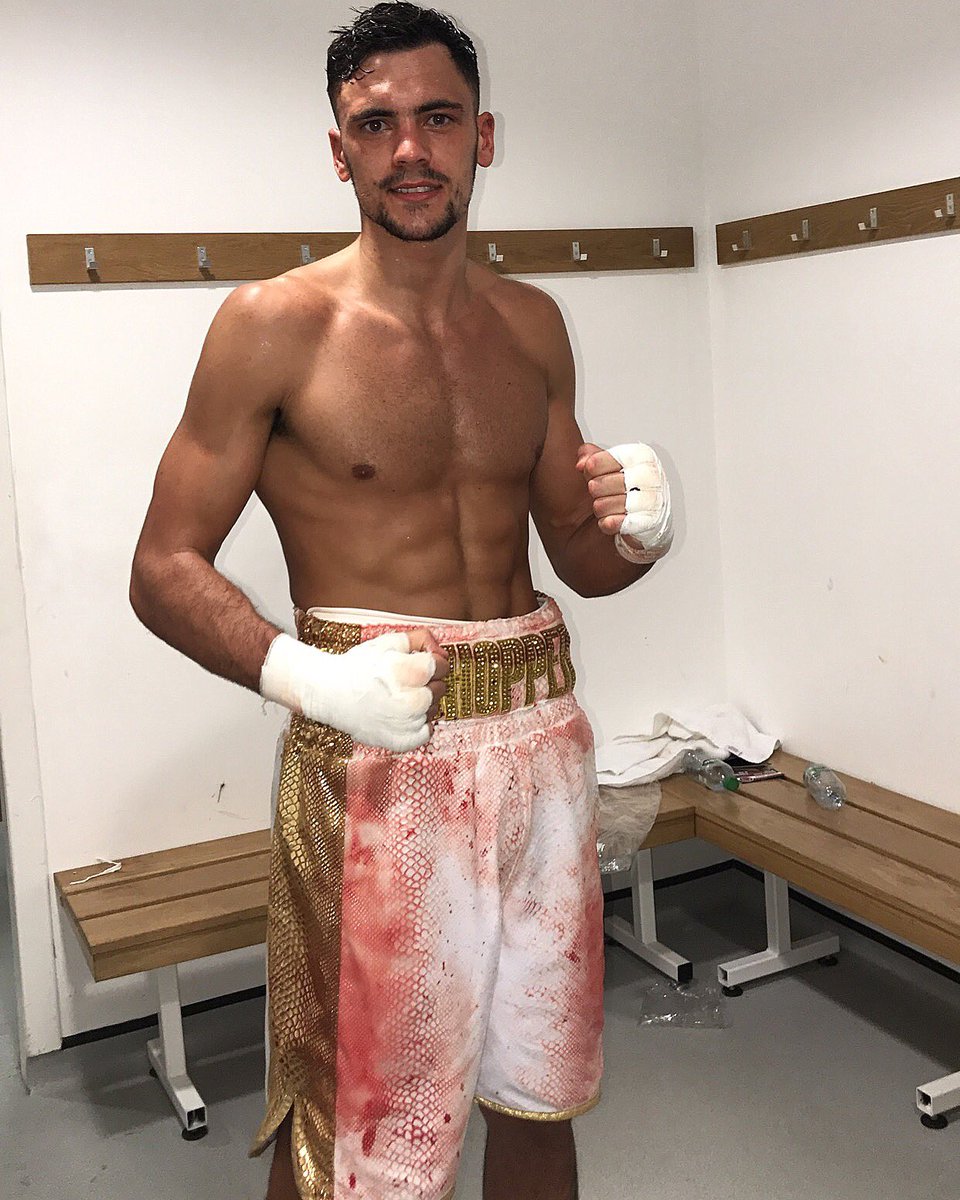 Pryce – a 60-plus fight veteran and former Commonwealth and two-time British champion – represented a step up in opposition for Smith whose professional career only began in 2015. But the Glenriggs man looked more than comfortable at this level and will be looking to break into the top-ten British rankings later in the year. Smith infamously scored one of the quickest knockouts in boxing history last year live on Sky Sports, and if he continues his impressive development there will be many more headlines in future.

In the evening’s chief support, Glasgow’s Craig MacIntyre made short work of Lukasz Janik from Katowice, Poland. The 21 year old unleashed a vicious body shot and badly winded Janik who needed far longer than the ten-count to recover. MacIntyre maintains his unbeaten record, moving to 7-0, and will be raring to be back in the ring soon. 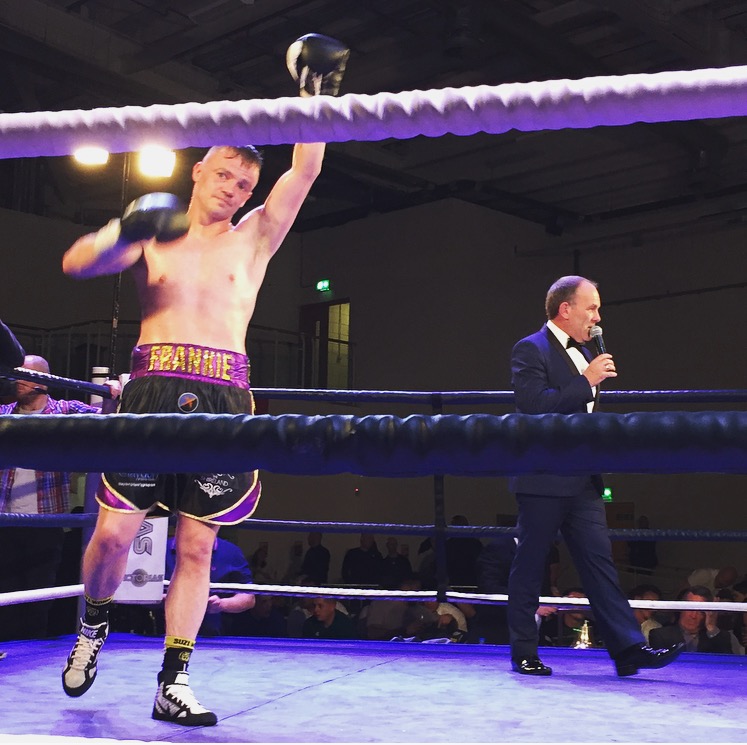 In a move that surprised some in the industry, Matchroom Boxing star Frankie Gavin appeared on the bill against tough Nicaraguan Felix Matamoros. Gavin of course had an illustrious amateur career – becoming the first British boxer ever to win gold at the World Championships – and has went on to win Commonwealth and British belts, as well as challenge for a world title, as a professional. However, the Birmingham man has faced some quite harsh criticism in recent months over performances and attitude.

If Gavin’s motivation in accepting this fight was to maintain his fitness, sharpen his skills and get some further rounds under his belt, then he more than achieved that aim. He looked sharp from the outset, boxed intelligently and unleashed quick and effective combinations throughout the contest. The referee called a halt to proceedings in the sixth after a number of clean unanswered shots, and Gavin received an excellent reception from the appreciative crowd. Whilst he will go on to face tougher opposition, Gavin displayed exceptional skill and commitment on the night and looks to have plenty to offer moving forward in his career. 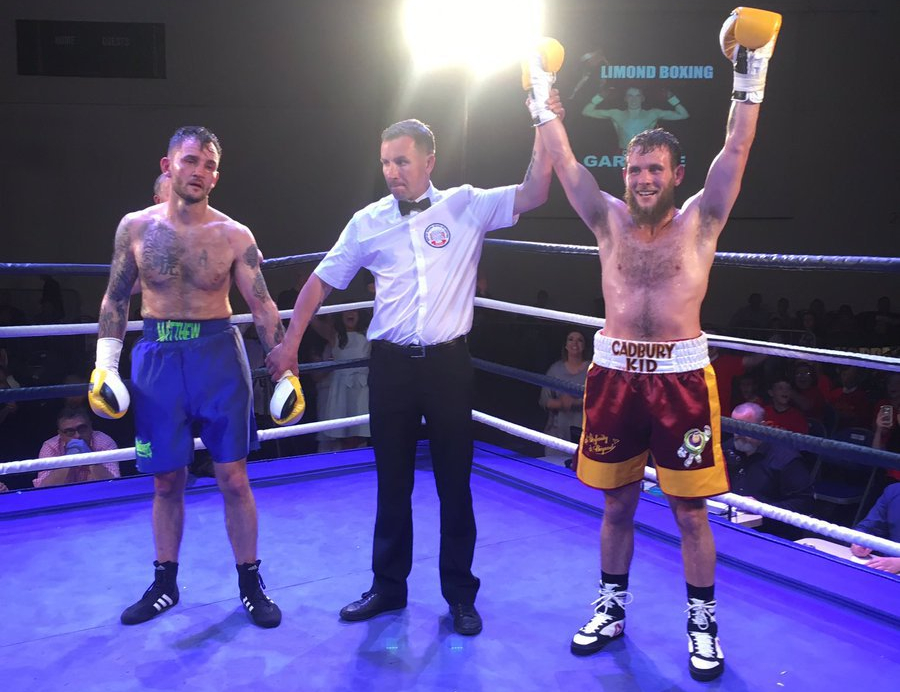 It was a successful night for popular Shotts brothers Sam and Scott Allan as both scored convincing points victories in their respective contests. Sam – sporting the colours of his beloved Motherwell FC on his trunks – made his professional boxing debut against Swansea’s Matthew Ashmole. The ‘Cadbury Kid’ was perhaps guilty of being overly keen in the opening round, but settled well by the second and later dominated his opponent in every department. Despite some late pressure from Ashmole, Sam took a deserved points decision and celebrated with fiance and supporters at ringside. 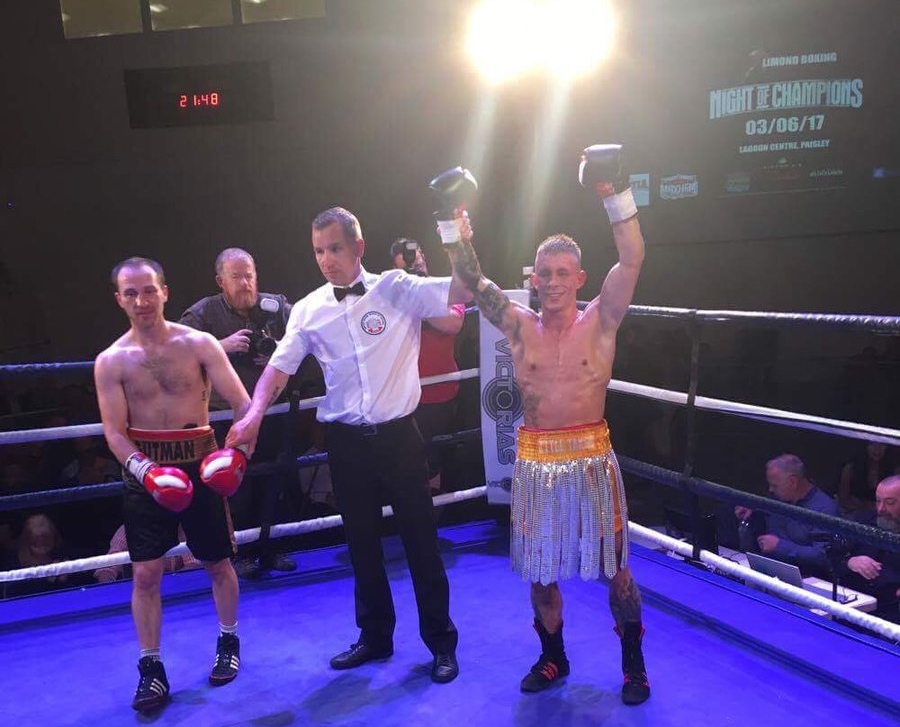 Younger brother and current Scottish champion Scott also claimed a wide points decision against Latvia’s Dmitrijs Gutmans. The always charismatic Scott moved around the ring well, consistently on the front foot and busier than his opponent throughout the contest. Scott could have let his hands go more freely and landed more decisive shots, but will be overall happy with his performance and a return to winning ways. The Allan brothers will look forward to sharing the bill in many nights ahead.

In one of the night’s fiercest contests, Ryan ‘The Bear’ Smith defeated Plymouth’s Chris Adaway in front of a rowdy home support. Both men were throwing power shots from the opening bell, but it was Smith who started to pull away when he settled down and used his superior boxing ability. The contest did ignite again at times but Smith was generally able to maintain his composure and land the more effective shots. In the end, the Glaswegian’s class shone through and deservedly got the nod from the judges.

Glasgow’s Kash Farooq put on an outstanding performance against Michael Barnor from Ghana. The ‘Untouchable’ Farooq lived up to his name as he was relentless on the front foot, unleashing combinations at will and dominating his opponent around the ring. The Ghanaian was possibly too brave for his own good as whilst he heard the final bell he received heavy punishment throughout the six rounds. Farooq is only a seven fight novice but has already impressed in front of the live STV cameras earlier in the year and looks to be a real prospect in the super bantamweight division. 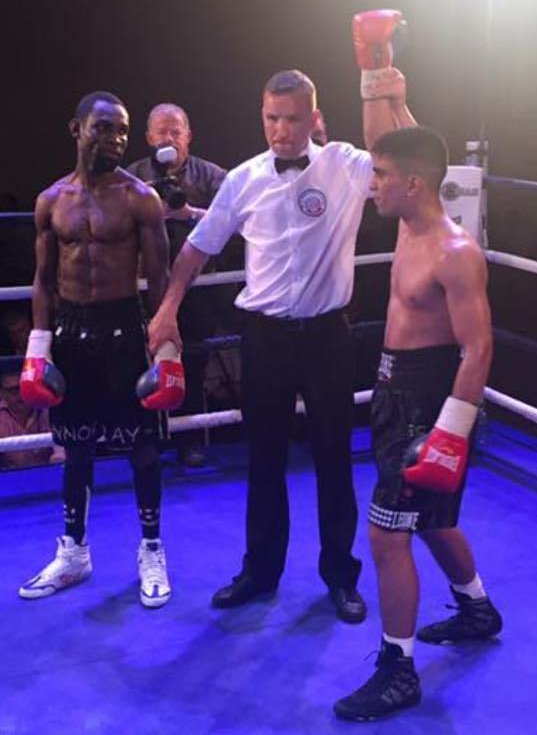 Stewart Burt extended his unbeaten run after defeating England’s William Warburton on points. Warburton is a near 150 fight veteran and asked Burt some tough questions in the second and third rounds. The Lancashire man landed some sharp counter-punches and uppercuts that appeared to disrupt Burt’s earlier rhythm. However, the Glaswegian regained his composure by the fourth and increased his work-rate, accuracy and power to get the decision. It may prove to be a useful learning fight for Burt whose records now stands at 9 wins, 0 defeats and 1 draw.

Barrhead’s Gary Rae opened the night in impressive fashion against Jose Aguilar from Nicaragua, now based in Barcelona. Aguilar looked competitive in the opening stages and displayed some tricky footwork at times to evade Rae’s attacks. However, the Barrhead man managed to work him out by the third and unleashed some heavy punishment for the remainder of the six-round contest, punching Aguilar’s hair-band off his head to the crowd’s amusement. There will be tougher challenges ahead for Rae, but he looks a promising talent in only his fourth fight.

There was also victory for Hamilton heavyweight Ian Millarvie against Tomas Mrazek from the Czech Republic. The ‘Big Man’ displayed sharper footwork than some might expect from a 20-stone heavyweight, and landed the more effective jabs and body shots to claim the decision.

Limond Boxing Promotions’ Night of Champions was hosted by popular master of ceremonies Craig Stephen who fans will recognise from his work on Sky Sports, Box Nation and Channel 5. He – along with referees Kevin McIntyre and John McGuire – played their part in an action-packed night of professional boxing. On a evening where a number of young prospects shone, it looks like the future of Scottish boxing is in safe hands.