Mcgregor comes of age as bakole breaks down at york hall 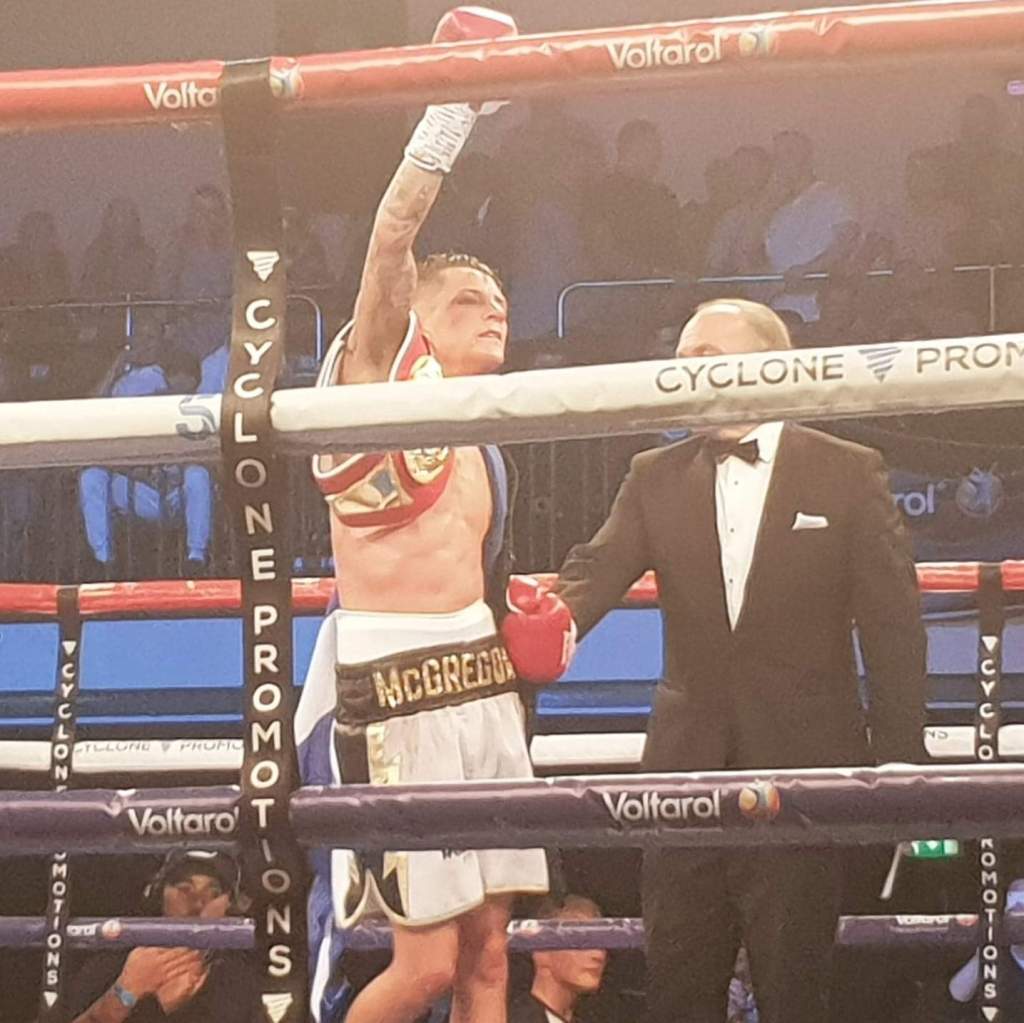 A few eyebrows were raised when Lee McGregor abandoned a flourishing amateur career to turn professional in 2017. Conventional wisdom suggested the young Scot should have stayed in the unpaid ranks longer and gained vital experience. But McGregor was confident in his abilities – and lacked confidence in the integrity of the amateur game – and quickly signed with Cyclone Promotions. Barry McGuigan’s prediction that McGregor would win a recognised title within 12 months was indicative of Cyclone’s belief in his potential, but was surely optimistic.

It was, in fact, spot on. On October 13 – only 11 months after his debut – McGregor battled courageously to win the Commonwealth title against the vastly more experienced Thomas Essomba. It was a terrific contest, a gruelling dog fight at times, with both men exchanging leather and punishment.

Unbeaten prospects are asked difficult questions when they take a step up in class. Some find out that they don’t have the skills, heart or experience required. But McGregor showed tremendous bravery, overcoming some real challenges in the fight, to come out on top. He was dropped in the fourth and ate two heavy uppercuts in the 10th. There were some concerning times for the young novice against a muscular 30 year old former English and commonwealth champion. But he mustered the physical and mental strength to land the cleaner shots, out-work Essomba, and strike a thunderous body shot in the 12th, to stop his opponent.

It was a mammoth effort spurred on by hundreds of Scots who had made the journey down to London. McGregor’s support was impressive, they sang passionately throughout, and established something of a home atmosphere despite being 400 miles from Edinburgh. McGregor was also motivated by the memory of his late mother and grandparents who he lost in recent years. Moments after his hand was raised as new champion, he explained:

McGregor’s victory sets up a major all-Scottish contest with current British champion, Kash Farooq, for both belts. That would be a spectacular fight and both men would deserve as much promotion and financial reward as possible when the time is right. But for now the moment belongs to McGregor and his army of fans. To win the commonwealth title in only your fifth fight – two quicker than the much fancied Josh Kelly and nine quicker than Anthony Joshua – is an incredible achievement.

It was then the turn of heavyweight prospect Martin Bakole to showcase his abilities and announce himself to the viewing public. Bakole had attracted real interest in recent months as stories circulated that he had given the likes of Anthony Joshua and Daniel Dubois some, well, let’s say very competitive spars. The Congolese-born Bakole now lives in a village outside Airdrie in Scotland and is trained by Billy Nelson, an experienced coach who guided Ricky Burns to two world titles. Nelson and Bakole share a close bond and the Scotsman is often promoting his prospect on social media.

But the night was a disaster. If this was the big reveal, the forum for Bakole to grab public attention and strike fear amongst his peers, it couldn’t have gone any worse. His opponent, Michael Hunter, was a former US Olympian with greater amateur pedigree; a natural cruiserweight – fitter, livelier, and more experienced as his only professional loss was to Usyk in a world title contest. Hunter is the sort of fighter you have to prepare for and it was evident that – whilst there may be long-term benefits to sparring AJ in Sheffield – there was little time spent training for a sharp, lighter opponent.

It was a decent first round for Bakole. He landed his notable jab a few times and had success with an uppercut. But, even as early as then, there was some signs of trouble. His defence was minimal and was penetrated by the skillful Hunter. The second round started at a frantic pace, Bakole obsessively looked to land a significant, perhaps even knock-out punch, following Hunter across the ring with limited success. He became increasingly impatient, clumsy and tired as the minutes passed.

Hunter’s game plan was to deplete Bakole of energy and punish his fatigue, and that came to fruition by the mid-rounds. Energy and confidence was draining rapidly from the heavier man as Hunter repeatedly landed the cleaner shots. The American was also exhausted, but retained composure to land effective, hurtful punches.

There were incredible scenes after the eighth round as Bakole appeared to plead with his corner to pull him from the fight. But an adamant Nelson refused to listen to concerns about the right shoulder, and instructed his man to work the jab. It was controversial and risky.

Bakole laboured in the ninth and somehow evaded punishment as his sluggish jab left his face exposed. But luck ran out in the 10th and final round as Hunter exploited the absent defence, landing several heavy shots to shake Bakole as the referee stopped the fight. It was sad viewing. Bakole can be ferocious but is also highly likeable. His 18 stone imposing frame carries a soft, boyish face and he has a jovial character. It was hard not to feel for him. His great party – which would have seen him ranked by some world bodies – was cancelled in devastating fashion.

Nelson took to social media the following day to explain: ‘Congratulations to Michael Hunter on his win…It was a good fight but I know Martin has much, much more. One very bad night doesn’t make you a bad boxer. Martin was genuinely looking fantastic in the gym, can’t put finger on why he never produced what he’s capable of, both of us are very disappointed and must learn quickly.’

Also on the card was the talented Chantelle Cameron who has been tipped for a future super fight with Irish sensation Katie Taylor. But Cameron’s focus was firmly on her next challenge which came in the shape of Mexican fighter Jessica Gonzalez for the IBO World and WBC Silver Lightweight titles. Cameron got a rousing reception and Gonzalez wasn’t without support as her clearly passionate mother and aunt proudly draped the Mexican flag over the balcony and chanted her name.