Perth boxers Gary Wilson and Adam Stewart are training hard for their upcoming fights on 10th June at Linwood’s On-X Centre. The pair made impressive starts to their professional boxing careers at the same venue in March, stopping their respective opponents, and will be hoping to build on that momentum.

Both fighters train under the guidance of experienced professional boxer Ryan Lyall. Yet, while they share the same city and trainer, the two Perth men have their own very unique stories. 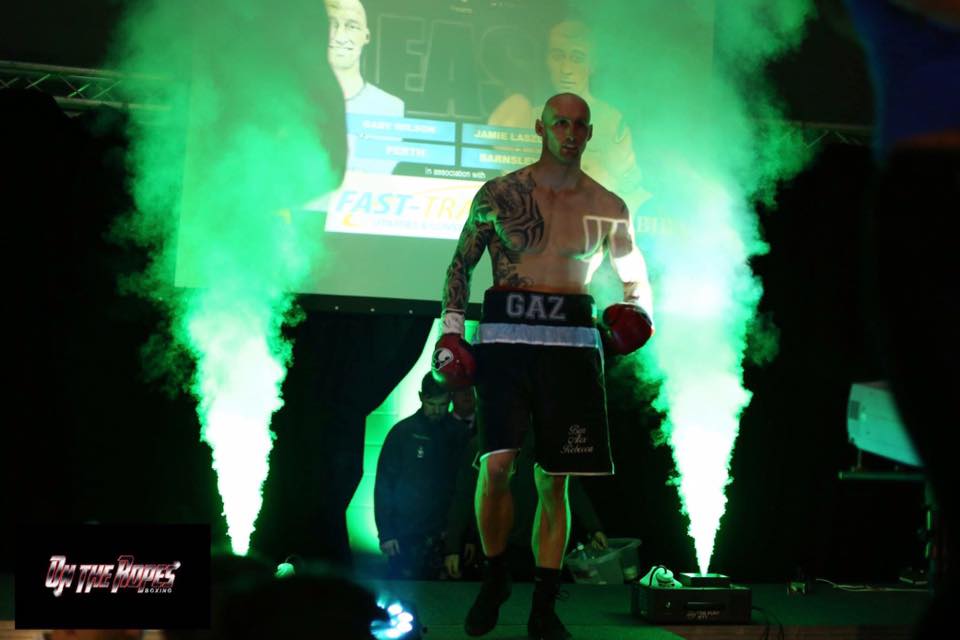 Wilson is an imposing figure and former Royal Marine who completed tours of Kosovo and Afghanistan. He started boxing at the age of 17 and fought competitively in the army for eight years. Now an offshore abseiler, Wilson remarkably finds time to balance work, family and boxing commitments. The father-of-two’s discipline and bravery transfers well into the boxing ring, and fans were treated to an entertaining debut as he stopped his opponent in the third round with a barrage of brutal shots.

Wilson is scheduled to face James Calverley in June and is putting in the hours at the Perth Railway Boxing Club to ensure a similar outcome. It’s testament to his dedication to the sport that Wilson explains that, whilst there are of course personal ambitions, he also wants to gain as much professional experience as possible to pass on to younger boxers in his gym. Wilson has a coaching role at the Railway Boxing Club and is keenly motivated to develop the region’s new generation of fighters. 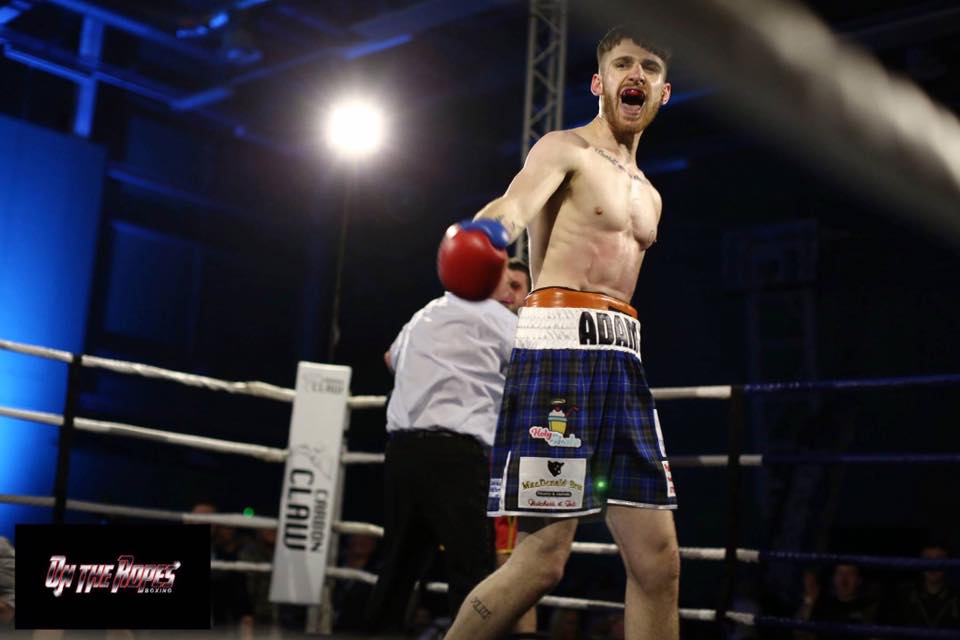 One of Perth’s up-and-coming fighters is Adam Stewart, an exciting young prospect who put on an excellent display on his professional debut. Stewart moved well around the ring and floored his more experienced opponent several times, including one from an outstanding uppercut, before the referee stopped the contest.

Stewart appeared sharp and more confident than his limited experience would suggest. Surprisingly, he has no amateur pedigree and instead began fighting in local semi-professional contests in his late teens. On The Ropes Boxing quickly signed the impressive youngster into the professional ranks and are understandably confident that he will develop into an accomplished boxer.

Stewart cites both Ricky Hatton and Ukrainian pound-for-pound sensation Vasyl Lomachenko as inspirations, and fans will be hoping to see glimpses of their famous speed and power in Stewart’s forthcoming bout with Liverpool’s Billy Edgar. The 36 year old Edgar is significantly more experienced than Stewart and should ask a number of difficult questions on the night.

Wilson and Stewart brought a rowdy travelling crowd from Perth for their knock-out debuts and are hoping for similar support in June. Tickets for On The Rope’s Hell or High Water event on 10 June are available from fighters, and coach travel to the On-X Centre in Renfrewshire is also available