We knew that Josh Taylor was far superior to his domestic rivals. We knew he had the potential to be a future champion. But we didn’t know – and subsequently found out – that he could grind out a vital win against truly world class opposition in only his 13th fight. Even more impressive as, by own admission, he wasn’t quite his best on the night. 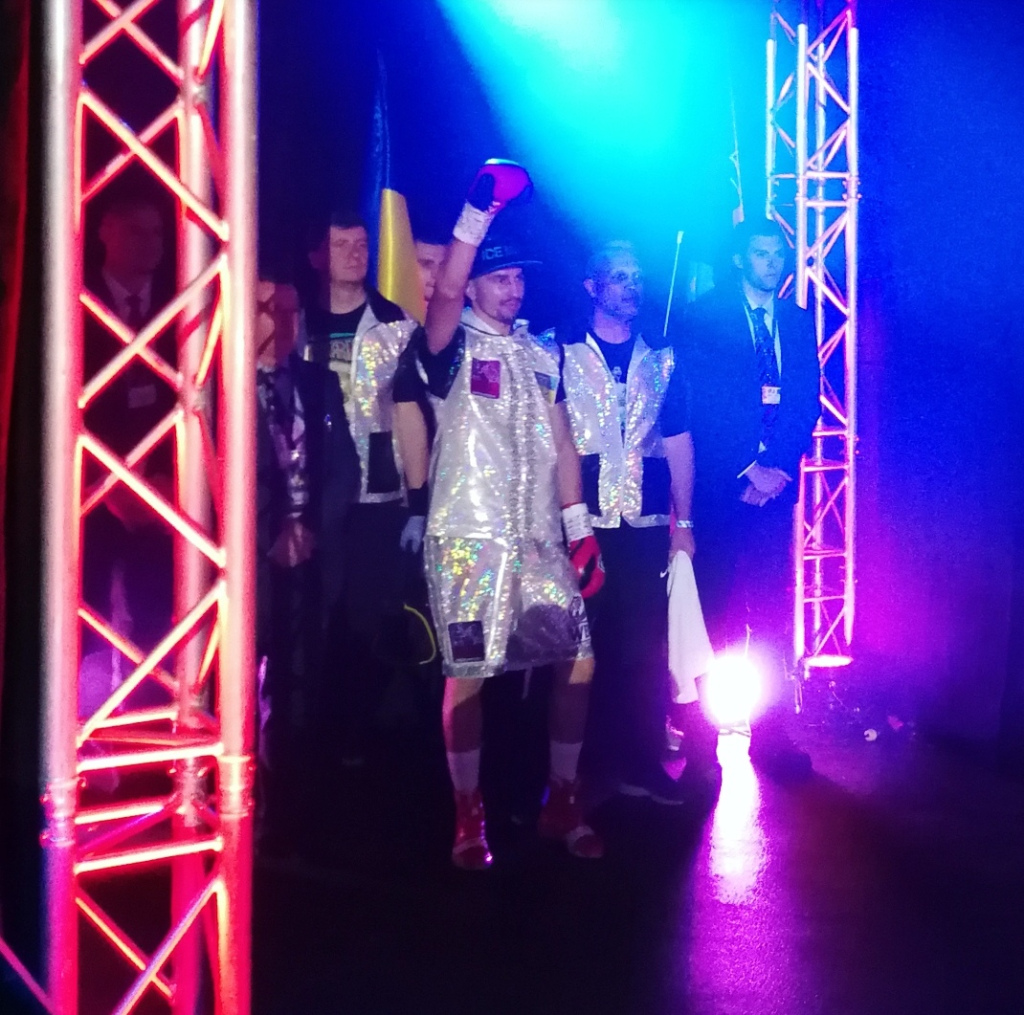 Taylor secured a deserved, although far too wide, unanimous points decision over the Ukrainian tough man, and former world champion, Viktor Postol. Bookies had Taylor clear favourite and some pundits had written Postol off as too old and slow. But they were far too harsh. Postol arrived in Glasgow in excellent condition and displayed focus, composure and a powerful jab throughout the 12 rounds.

Postol started well, arguably taking rounds one and four, and further mid-rounds, to unsettle Taylor and the home support. His upright stance, probing jab and strong combinations were impressive. Postol’s consistency was in contrast to Taylor’s relentless pressure and movement. This was at times effective for Taylor but, particularly mid-way through the contest, appeared forced. It was painfully close going into the mid rounds and, after Postol landed some heavy shots, hurting Taylor in the seventh, the Scottish crowd was becoming nervous.

But, just as some feared Taylor may be running out of ideas, and out witted by his experienced opponent, the Edinburgh man became far more convincing. He won the majority of the second half with some brilliant counter punching and hooks. There was greater purpose to his movement, calculated – rather than forced – risks, and he landed some powerful shots. Taylor knocked Postol to the floor with a strong left hand in the 10th, and was close to finishing him.

Smelling blood, Taylor applied further pressure, more educated, and wobbled Postol more than once with sharp combinations. But the Ukrainian, a durable veteran, hung on and fired back successfully at times. It was a war that Taylor edged with his variety, pace and intelligence. Postol’s consistency was broken down by Taylor’s creativity. Whilst his earlier attacks were speculative, at times struggling to close the gap and negate the Ukrainian’s reach advantage, Taylor became increasingly confident and precise.

The victory was painful but ideal preparation for a world title shot and what promises to be a long career at the top of the sport. 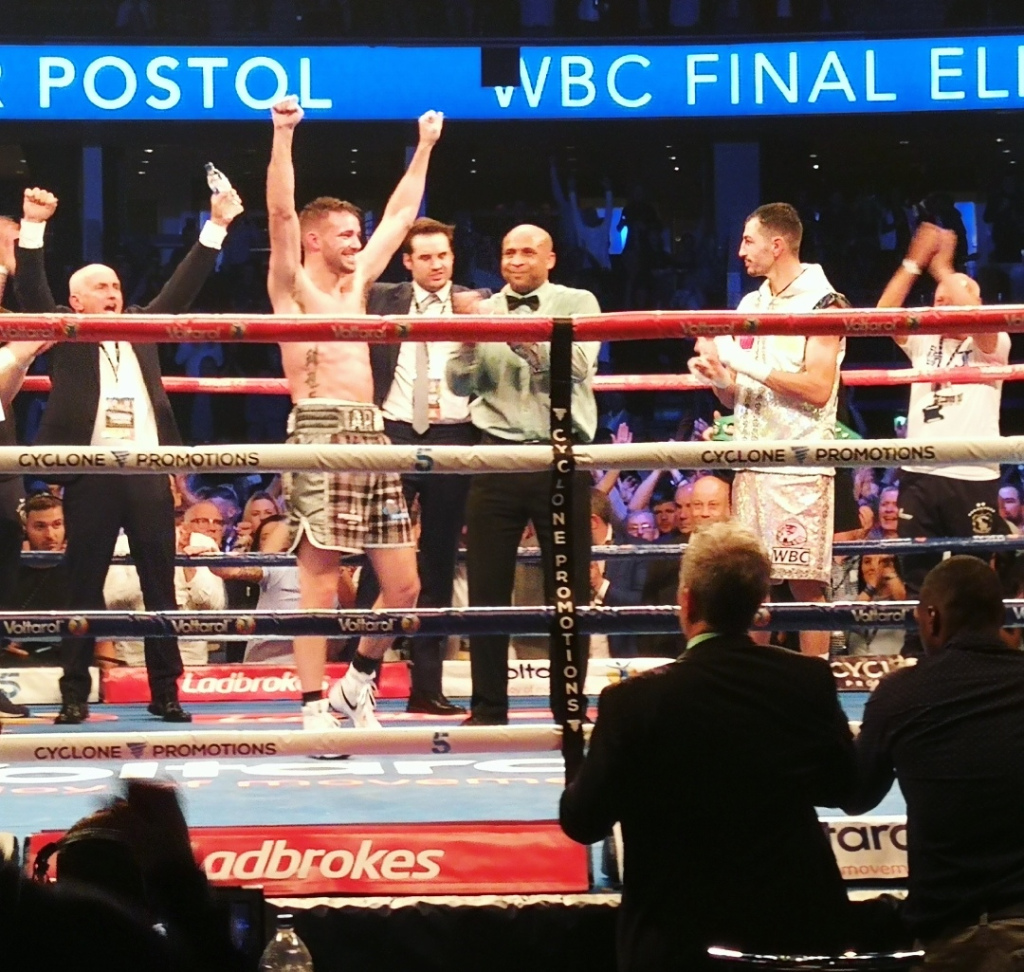 Taylor explained: ‘Some people said that Postol was over the hill but absolutely not. He came in shape and put on a career best performance in my opinion. I had to adapt three or four times during the fight. I started slowly and had to adjust my speed and timing.’

‘I think I was trying too hard at times. Before the fight, at the back of my mind, I was thinking [about the future]. But then I started to relax more and stopped making as many mistakes. I was 70 percent tonight and feel that I could have stopped him at my best.’

Cyclone Promotions’ Barry McGuigan continued: ‘I’m delighted with the performance. Josh is only in his 13th fight and is learning on the job against a very dangerous sharp shooter. Very few fighters can make adjustments during a fight but Josh did that several times. He’s showed that he’s world class and I’m over the moon.’ 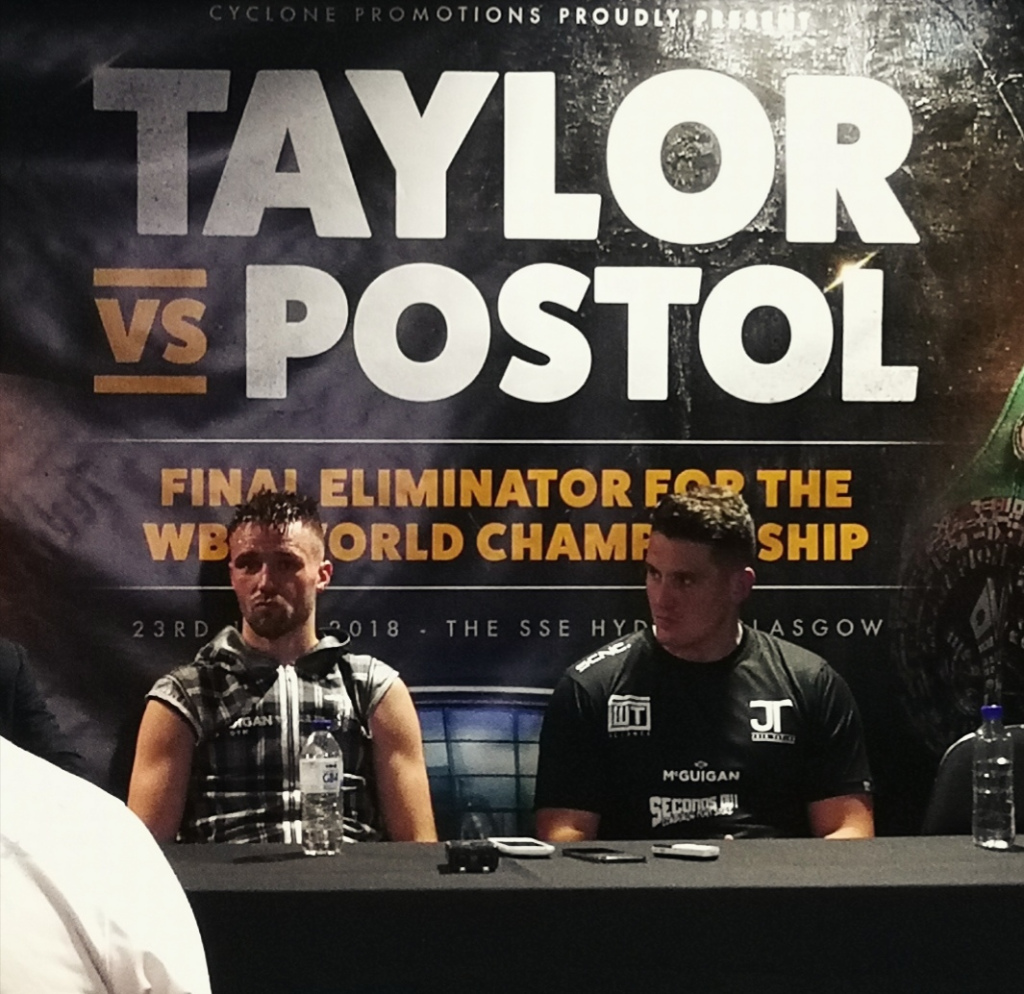 This fight was a final eliminator for the WBC super lightweight title, and so Taylor is now likely to face champion Jose Ramirez later in the year. The contest should be stateside in either California or New York. But that wouldn’t faze Taylor who stated: ‘I’d like to fight over there, win the belt and then defend it at Edinburgh Castle. That would be iconic.’

The future is incredibly bright for Taylor. At a time when our sporting life is quiet – a national football team incapable of reaching a tournament and a tennis star injured near the end of his career – it’s important that the whole of Scotland backs Josh Taylor. We have an exceptional talent who should be appreciated. Scottish sport is often used to near-misses or securing rare victories through determination and luck. Taylor is far more than that. He has the skillset, intelligence and bravery to take on anyone in the world. This is where the journey gets really interesting