The Tartan Tornado imposed from the opening bell and moved confidently around the ring, asserting his jab. Taylor was in destructive form in the second as he floored Campos twice with sharp hooks to the body and head.

The fight inevitably concluded in the third as Taylor had repeated success with combinations, making it a hat-trick of knockdowns. Campos retained his senses and could have continued, but with little hope of making the fight competitive, was spared a beating by the merciful referee, Victor Laughlan.

Campos was a late replacement for the more experienced Mexican Humberto Soto. And, in truth, was no match for Taylor who may have had a tougher test with his original opponent. It would be easy to dismiss the victory as a foregone conclusion or anti climax. But, as we’ve seen in recent months, late replacements can prove difficult for heavily favoured fighters.

Anthony Joshua, who had trained methodically to face Bulgarian hardman Pulev, looked pedestrian at times against Carlos Takam, brought in with a week’s notice. And Callum Smith, rated as one of the top prospects in the super middleweight division, underwhelmed against novice Dutchman Nieky Holzken in their World Boxing Super Series semi final.

Late replacements can provoke nerves and unsettle fighters who struggle to adjust their game plans. No such difficulty for Josh Taylor. The Edinburgh man possessed too much quality, intelligence and elite amateur experience, which demanded adaptability at the highest level. 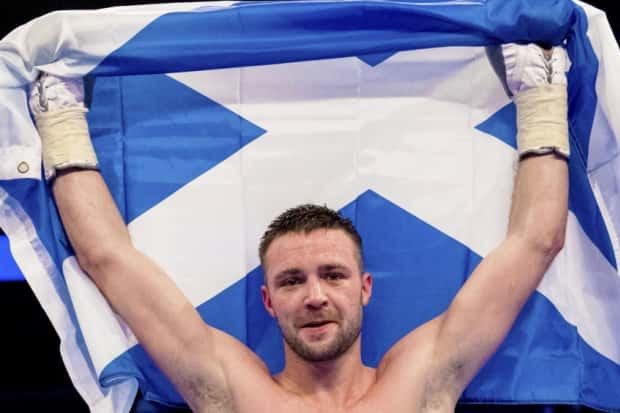 It is quite preposterous to say with near certainty that a man with only 12 fights in the professional ranks is destined to win a world title. Boxing pundits sigh when they hear that the latest prospects, heavily manufactured and promoted by the large television stations, are close to competing at elite level. Okolie, Yarde and Dubios – all promising but over-hyped talents – spring to mind. However, with Taylor, there is little contention, in fact clear consensus, that he is headed towards the top of the sport.

Speaking to the media after his stoppage victory, Taylor explained:

‘The change didn’t faze me at all. I boxed nice and calm, reverted back to my amateur days, and it didn’t change my mind set.’

‘I believe in my ability and know I will be world champion. I didn’t think [the opportunities] would come this quick, but credit to my team, they have always believed in me.’

‘I’m ready to take on any of the champions. I’ve got the will and desire to beat them all.’

And it shouldn’t be too long before Taylor is testing himself against the best in his division. Promoter Barry McGuigan confirmed that his man is likely to fight in a title eliminator in the summer before boxing for one of the belts, preferably the WBC, at the end of 2018.