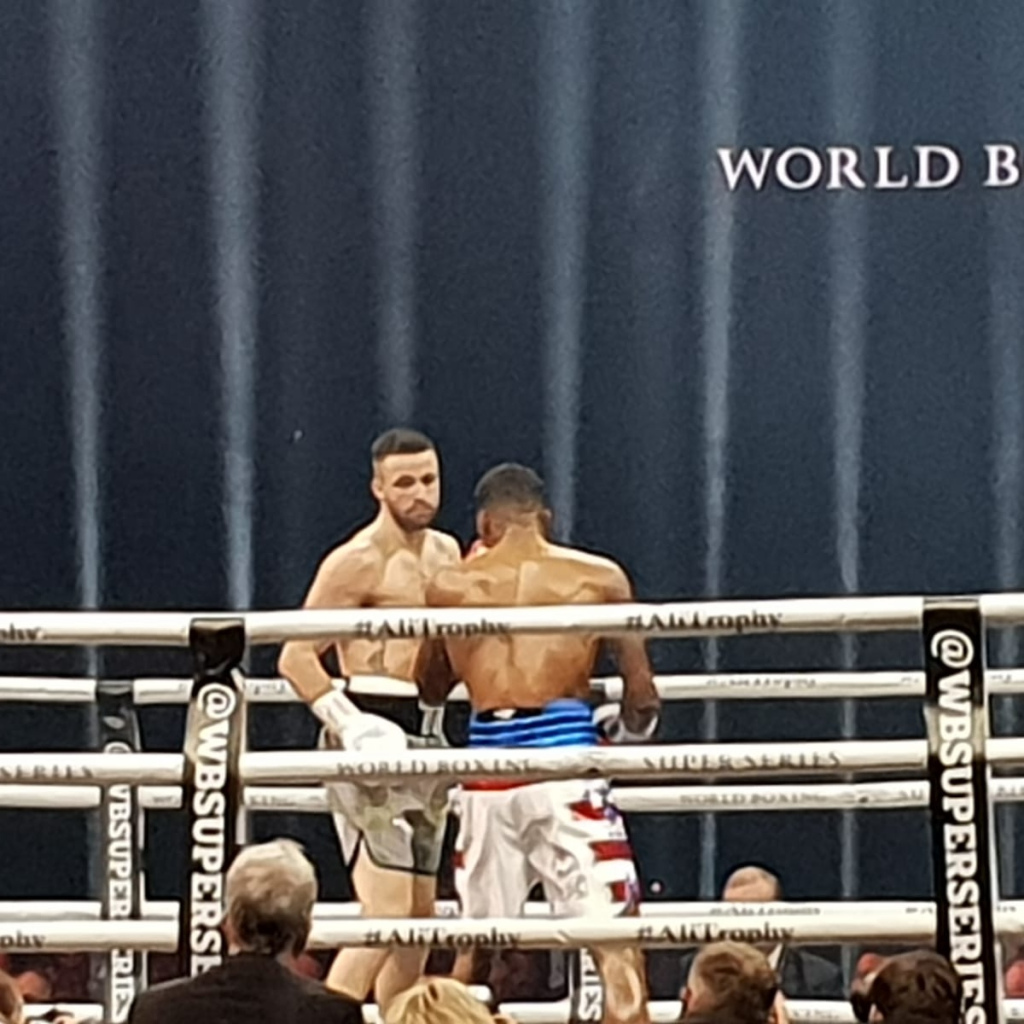 Edinburgh’s Taylor reflected that he felt unsettled in the build up to his last fight and would be much more composed in the ring on November 3rd. Martin explained that members of his team believed he lacked aggression, a killer instinct and he had to ‘let the evil out’. Whilst both men showed insight, only one rectified his mistakes on the night, and it was the Scotsman.

Josh Taylor was sublime against Ryan Martin at Glasgow’s Hydro Arena. He convincingly won every second of every round, each minute more decisive than last. Martin started the contest stiff and tense, and he roamed around the ring with a high guard, low on ideas. This passivity continued, he was frozen and seemed ill-equipped physically and mentally to cope with Taylor.

Josh, in contrast, was utterly composed: he moved freely, piercing Martin’s guard and unleashing quick combinations to the body. His timing, distance and variety was excellent, arresting Martin, and nullifying all of the American’s attributes.

Martin apparently possesses speed, agility and power, but they were altogether absent in Glasgow. He became increasingly lost, sinking with each round, and not responding to his trainer, Abel Sanchez, and his pleas. He would get off his stool and reluctantly meander to the centre of the ring to receive further punishment to the body and, in the sixth, a cut to the eye.

The fight came to an end in the seventh. And, while it wasn’t the cleanest of endings – a twisting Martin receiving a heavy blow to the side of the head before taking body shots against the ropes – the contest was a foregone conclusion.

Taylor was superior in every area; the feints, creativity and spite indicative of a man heading towards the elite of the division. And he will now fight for a world title against Ivan Baranchyk in the semi-finals in early 2019.

In the post-match interview, a delighted Taylor said: “It was alright, wasn’t it? I told you no one was beating me at the Hydro.

I’m coming into my prime now. I’m performing at my best in the gym, I’m more relaxed, and it’s starting to show.

[In my last fight] Postol came as a tough fighter and champion, and he taught me a lot in there.

The titles are coming back to Glasgow!”

In the co-main event, there was agony for Belfast’s Ryan Burnett as he lost his WBA world title to Nonito Donaire. Burnett was boxing beautifully in the opening four rounds, but sustained a freak injury in the closing seconds, and was unable to return for the fifth.

Donaire claimed his eighth world title in four weight divisions, an incredible achievement, but the legendary Filipino acknowledged it was in difficult circumstances. He explained: “As a warrior, Burnett is an amazing fighter, early on he just kept coming at me. A win is a win and it wasn’t the way I would like to win but he’s an amazing fighter.”

Donaire will face Zolani Tete in the semi-finals. And whilst that is huge ask for the aging Donaire, he looked better than some expected against Burnett, albeit briefly. He dropped two weight classes to fight in the bantamweight series, competing at that weight for the first time in seven years, but retained his power. It should be an intriguing contest against Tete while it lasts.

There was also shock in the super middleweight British title fight between Darryl Williams and Zach Parker. Parker appeared to injure his shoulder early on, and survived bravely to hear the final bell, being elusive and intelligent. However, there were gasps at ringside and fury online as his hand was raised victorious.

Williams was aggressive – ferocious, even, as his nickname goes – and landed powerful hooks in the first half of the fight. He did slow in later rounds, but clearly landed more significant and point scoring shots. One referee scored the contest 117-112 in favour of Parker, which was very poor and did all a disservice.

However, the night belonged to Josh Taylor, a man who continues to impress, building his profile through performance and not pantomime, as a world title shot now beckons.