Jason Easton is seemingly unable to be in a boring fight. The Edinburgh man is as game as they come and always willing to exchange – even if it’s to the detriment of his own game plan. It’s a quality that will make him a fan favourite but one that is inherently risky. And those risks were realised on the Taylor-Campos undercard as Easton learnt a painful lesson against Sunderland’s Glenn Foot.

Foot is a rugged, cunning fighter who knows how to lure and punish less experienced opponents. He successfully enticed Easton to ditch his boxing abilities and engage in a toe-to-toe war. Easton obliged but in doing so abandoned his strategy, and fought entirely to Foot’s plan.

It was a thrilling back and forth contest, potentially fight of the night, with both men landing cleanly. Easton had success at times with the right hand and won some rounds. But confidence oozed from Foot and his corner; they knew their man was landing the more powerful, damaging shots.

The fight became more gruelling as the rounds went on with both men firing heavy shots, but Foot was more accurate and relentless. The Sunderland man, unlucky not to get a decision against Josh Leather live on Sky recently, delivered a vicious flurry of shots to end the contest in the 11th. Easton received medical attention and was taken to hospital for precaution.

It’s easy to criticise from the comfort of the stands or at home. Analysis aside, Easton showed tremendous bravery and flashes of skill in an excellent contest. But he was beaten by a clever, more experienced opponent on the night. He will know more than anyone that he needs to utilise his skills, which he has in abundance, better and be more disciplined.

The 26 year old Easton will come back again stronger in the summer, and will be chasing more titles. Foot walks away with a deserved victory, Commonwealth strap and credibility. He was impressive and is part of a resurgent North East of England boxing scene alongside Josh Kelly and Lewis Ritson. 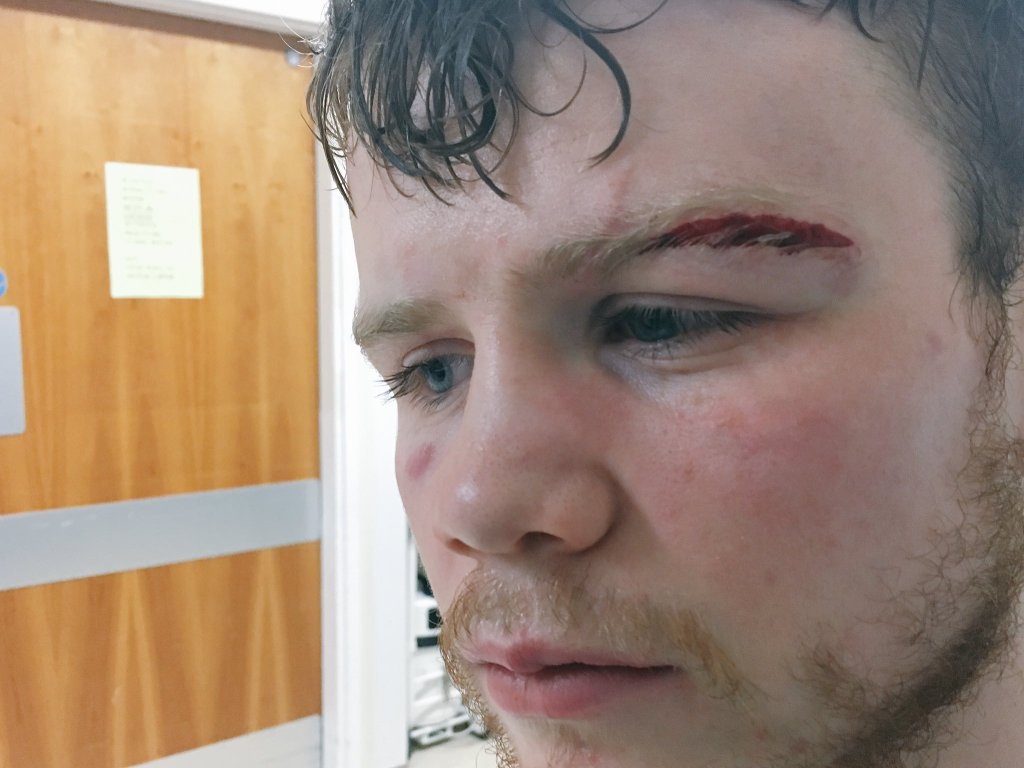 It was a miserable evening for Commonwealth gold medallist Charlie Flynn and domestic rival Ryan Collins. The pair met last year in a contest that was stopped due to a head-clash. Flynn had a gaping cut above his eye and could not continue – rendering the fight a draw. Flynn believed Collins was careless and grew frustrated as his promising career stalled for several months as the injury healed.

The score, and simmering bad blood, was to be settled on Saturday night as the pair met once again at the Hydro Arena. Flynn started confidently and looked sharp, focused and powerful: knocking Collins to the floor in the opening round.

The gulf in class became clear as Flynn excelled with a strong jab that repeatedly snapped Collins’ neck back. The public were finally seeing Flynn’s skills four years after shining at the Commonwealth games in the same venue. However, as the referee had warned, heads clashed again, cutting both fighters, with Flynn once more coming off worse. The fight inexplicably was halted for a second time and called a technical draw.

It was heartening to see both fighters embrace at the end and there was acceptance that their styles simply did not mix. Thankfully, there will not be a trilogy. And, without ignoring the understandable disappointment, Flynn had met his objectives for the evening: demonstrating his superiority and potential for moving on to a higher level.

Katie Taylor often out-performs male counterparts on Matchroom cards. She is regarded as an excellent boxer without the need to reference gender. And Chantelle Cameron appears to be of similar quality. She was at times exceptional against a tough French opponent, Myriam Dellal, displaying dizzying shot volume, variety and accuracy. Dellal lost every round but heard the final bell due to her incredible fighting spirit. The viewing public couldn’t help but be impressed with Cameron, a standout performance, and we look forward to seeing her again in the summer.

Elsewhere, the highly promising Lee ‘Lightning’ McGregor dominated and stopped his late replacement opponent, Pablo Navarez, in the second. McGregor was scheduled to face former Scottish champion Scott Allan who withdrew late through illness. It’s likely that Allan was saved from a similar fate as McGregor punished his foe with devastating body shots and combinations. McGuigan’s prediction that McGregor, only a three fight novice, is destined to capture the British title sooner rather than later may not be as surprising as first imagined.

Marc Kerr captured the Scottish middleweight title after stopping Iain Trotter in the third round of their contest. Popular Barrhead fighter Gary Rae continued his impressive run with a knockout victory. Joe Ham, another standout amateur turned pro, convincingly beat a journeyman on his way to a bigger fight later in the year. And Malik Zinad, a new member of the Cyclone team, impressed on his Scottish debut.